Analysis of our brake failure, various information found about this topic and upgrade to motorcycle brake

Until recently I haven’t been thinking that the bicycle brakes (actually car and motorcycle brakes neither) can fail because of overheating. Partially because we don’t have such long and steep hills here but mainly because current brakes are reliable and designed to not overheat under normal conditions.

In summer 2016 we pedaled up to the top of the Grossglockner High Alpine Road and after 7 hours of labor we were looking forward for the downhill. We started the descent (approx. 12% grade) and we almost didn’t stop before the first twist. I was used that we just let the bike go downhill and a little slow down before turns. We went down all the hills before like this without problems and relatively fast. We trusted that our hydraulic brakes with 200mm rotors can manage everything. This time we speeded up to 40km/h, I was braking a little to keep the speed and after 1,5 minutes I wanted to stop on a pull-off. I pressed the brake levers, we slowed down to 20km/h and then the levers went down to handlebars and the bicycle was not decelerating more. Surprise, stress, panic… I put my feet on the ground and tried to brake with the shoe sole, jumping on the asphalt. We managed to stop.

We realized that the descnet will be difficult. From that time we were breaking and keeping speed of approx 20km/h and stopped every 500-1000m to cool down the brakes… and bitching that we allowed to persuade us that two brakes with big rotor are enough. As a bonus we were walking next to the bike for the last 6km because there was almost nothing left on the rear brake pads and in case of failure we couldn’t stop the bike with just one brake! 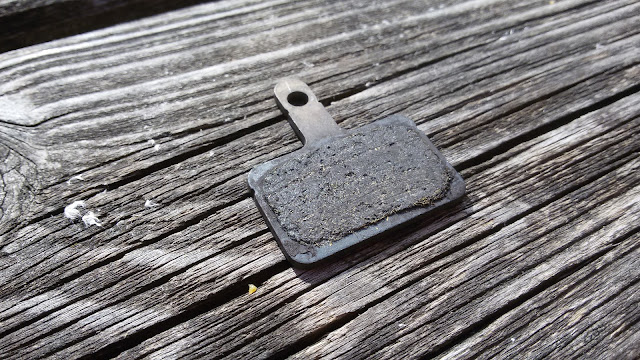 Some facts and analysis of this braking maneuver:

These are simplified calculations because I couldn’t find or devise anything more complex. Generally the information about brake power and heat resistance is not available. On the other hand, the brake failures are not common.

Some interesting information I found related to brakes and braking:

After this experience with brake failure we decided to upgrade the brakes on our tandem: 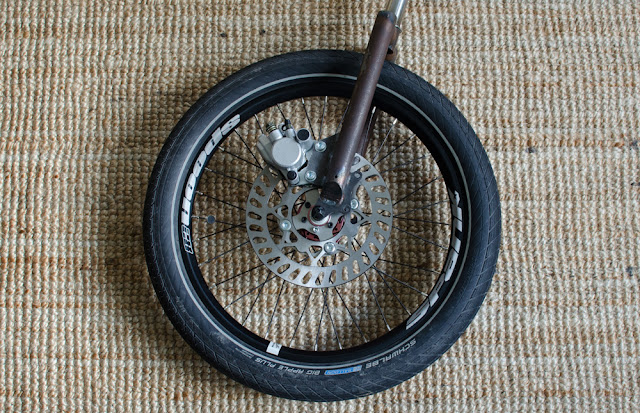 Now I start to realize that maybe we were lucky on our honeymoon tour in Americas (2013-2014) – during the descent to lake Atitlan and the speed record in Atacama. And that all our “guarding angels” were really busy during the descent from the Alpine pass. Most cyclist don’t reach the limits of their brakes, but it’s good to think if the normal brakes are enough when touring unusually (stuff+tandem+child trailer). Your life may be at risk!

1. The potential energy Ep=m*g*h (in our case 270kg*9,81*70m=185409J) and the temperature change after energy absorbtion t=Q/(m*c) (in our case 185409/(0,6*600)=515°C). I was counting with 2x300g of material and because the rotor is  probably made of stainless steel and the rest from various materials with lower thermal capacity than aluminium I counted with 600J*kg-1*K-1. Of course it’s different in reality – ignificat amount of energy is absorbed by air drag during the speed of 40km/h and the air is also cooling the brakes. On the other hand, not the whole rotor is heated up evenly – the center attachment parts and the caliper are heated less than the working parts (outside part of the rotor and the brake pads) and also the front brake  is loaded and therefor heated up much more than the rear brake.

One Reply to “About bicycle brakes”